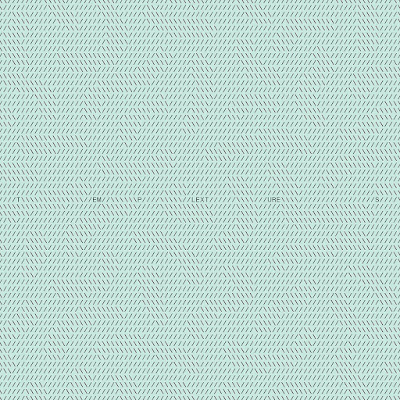 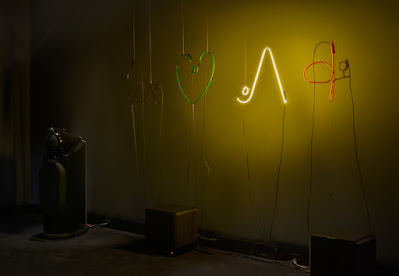 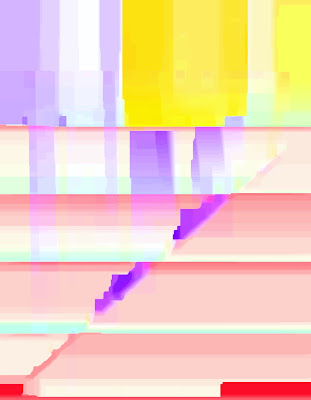 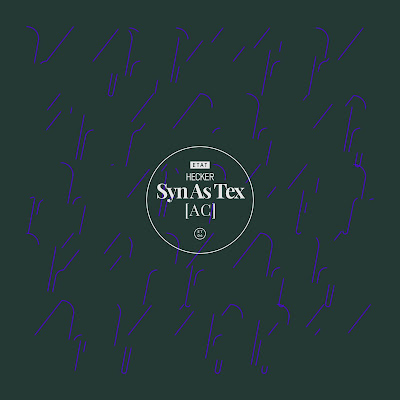 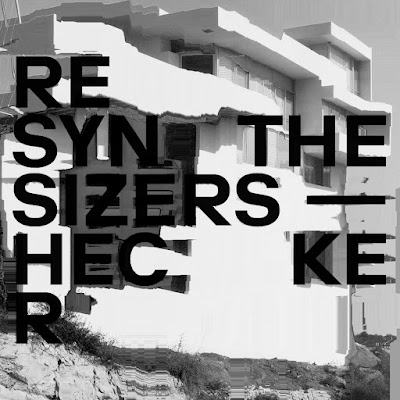 Synopsis Seriation: A computer music piece made with time-frequency scattering and information geometry 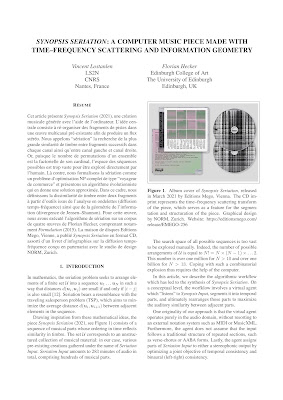 09 July 2021: Synopsis Seriation: A computer music piece made with time-frequency scattering and information geometry is part of Journées d'Informatique Musicale 2021.

SOUND EFFECTS – Ina Blom on the art of Florian Hecker 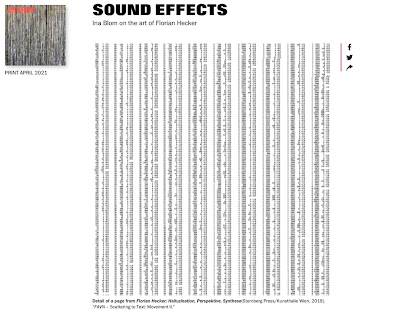 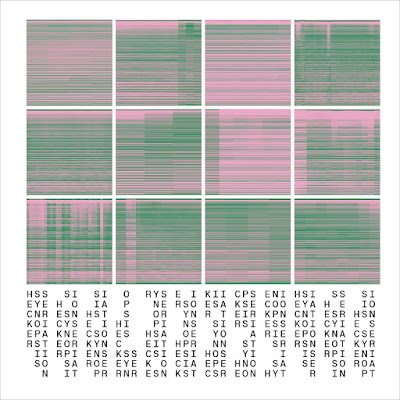 05 March 2021: Synopsis Seriation is released via Editions Mego as 2xCD and digital download.

While you enjoy the colour of Les Andelys, I see the Seine. An almost indefinable grey sea, even in the strongest sunshine under a blue sky.

Synopsis Seriation, Hecker's latest release with Editions Mego, draws upon current research in machine listening and music information retrieval, where the 'ghosts in the machine' are unsupervised, engineered operators designed to extract auditory features from a signal. The album advances a general research programme Hecker initiated through various projects. In A Script for Machine Synthesis (EMEGO 226, 2017), the third chapter in the trilogy of text-sound pieces in collaboration with Reza Negarestani, both a resynthesized and a computer-generated voice modelled after the narrators voice, reflect on systems of language, automatons and chimerized synthesis. Articulação Sintetico (EMEGO 180C, 2017) — a complete resynthesis of Articulação (EMEGO 180, 2014) — features synthetic voice models of Joan La Barbara, Sugata Bose and Anna Kohler. Central to Inspection II (EMEGO 268 / UF047, 2019) is a bespoke computer-generated voice, reciting Robin Mackay's libretto — by means of deep neural networks and machine listening computation, perpetually crossing formal anticipations of sound analysis to the unexpected artefacts of synthesis2.

Synopsis Seriation does away with such staging of computer-generated speech. It dramatises synthetic sound in all its unnameable intensities and detail by transforming four multichannel pieces Hecker produced since 2015. These have been analysed, dissected and reconstructed utilising information geometry, a subfield of mathematics at the interaction between statistics and differential geometry, designed by Vincent Lostanlen. Similarities and logical segmentation, partly accessible to the human listener, partially exclusive to virtual listening agents, open a dialogue with these spectral operators. Moving between analysis and synthesis, they render audible their intelligence signature, the signal trace of their nonhuman brain-ear, between discriminative and generative models. This newly seriated arrangement of Synopsis Seriation further abstracts and detours the appearance of specific motifs, sequences and characters, into a hallucinatory gaze. Remembrance of what has just been heard, in which formulation and mode of synthesis continually navigate between sensible and highly formulated registers. Resembling George Seurat's perception of the Seine, Synopsis Seriation is a streamlined, structured whole. Yet, by embracing time, succession, and sound as an immaterial, its multitude of auditory perspectives and encoded logic challenges a traditional synoptical overview of analytical architecture and resynthesized sensation. 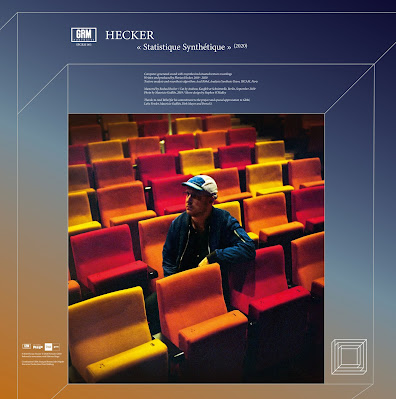 18 December 2020: Statistique Synthétique is released via GRM Portraits in association with Editions Mego as vinyl and digital download.

Statistique Synthétique draws as much from the history of computer sound synthesis as from its latest developments. But well beyond developing simply as a proof of concept, this piece aims to transcend the abstract status of synthetic sound objects and lead them to a properly hallucinatory state, that is to say to a meeting point where the object and perception dissolve into each other, in a sort of transcendental field. Beyond, also, hylomorphism, to reach the world of matter-form fusions, where perception knows how to see “shoulders of hills”, as Cézanne wrote. François Bonnet 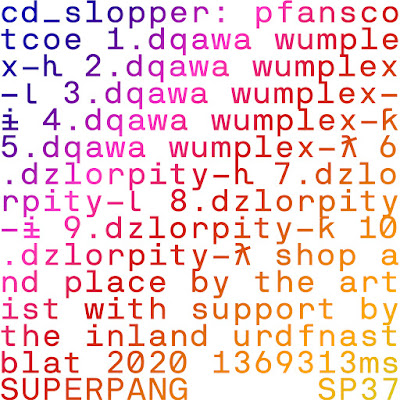 nd place by the art

ist with support by 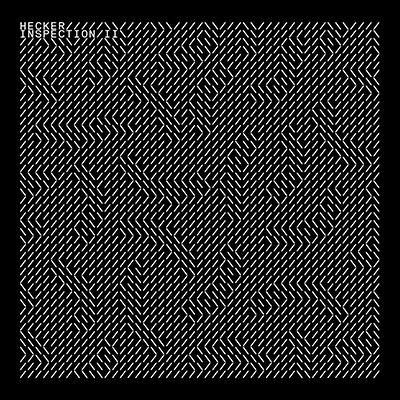 27 September 2019: Masochism is cruel because, in subverting the model, it imposes it with exaggerated severity… — Amy Ireland. Editions Mego and Urbanomic release Inspection II - CD and digital download.

Written and produced by Florian Hecker, 2016–17

The Shape of RemiXXXes to Come: Audio Texture Synthesis with Time–frequency Scattering – DAFx 2019 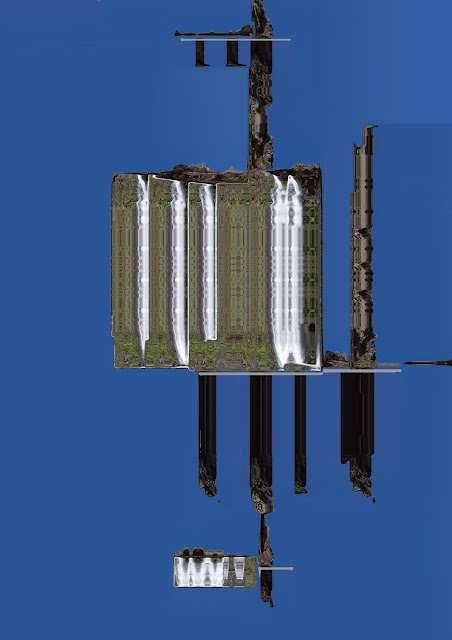 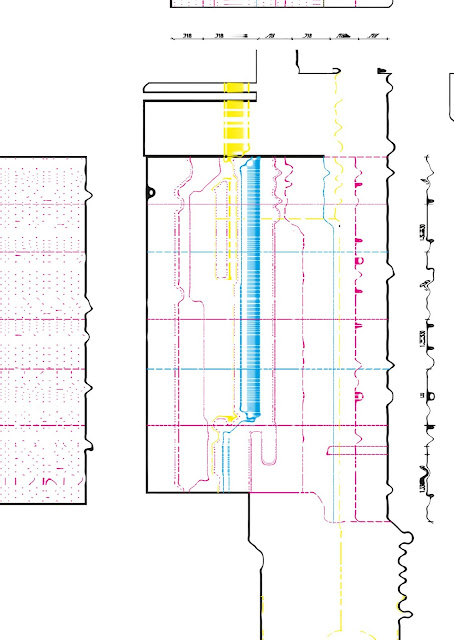 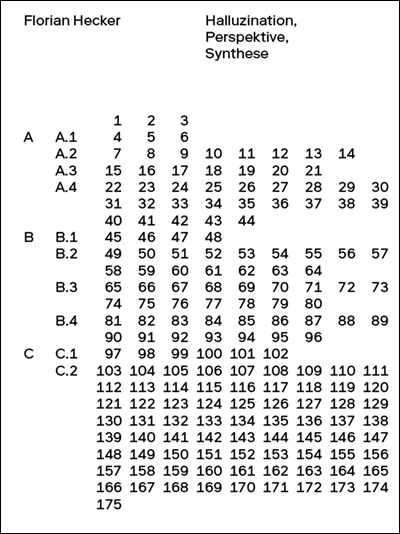 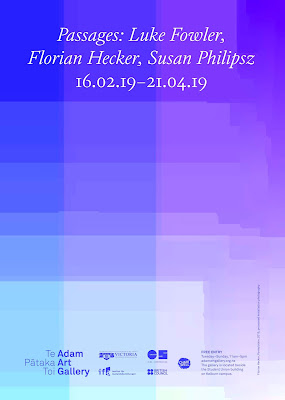 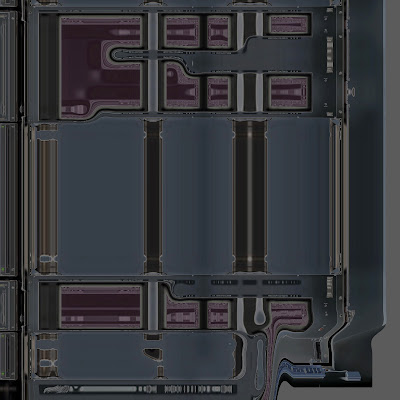 31 January 2019: Xing presents in the frame of ART CITY Bologna 2019 and ARTE FIERA: the première of SynAsTex Korrektur, a computer-generated, 9-channel sound piece in the monumental atrium of the School of Engineering and Architecture of the University of Bologna. 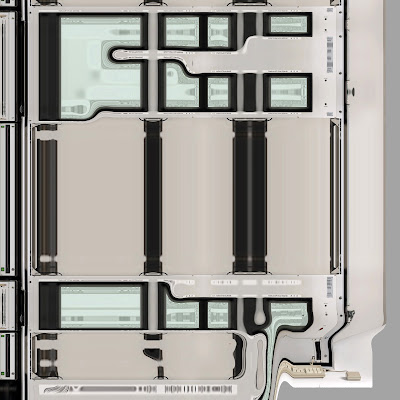 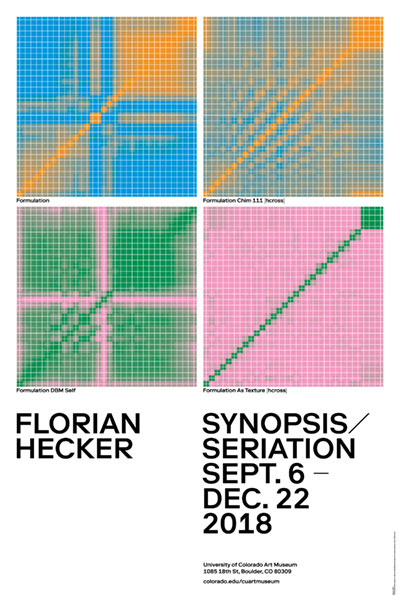 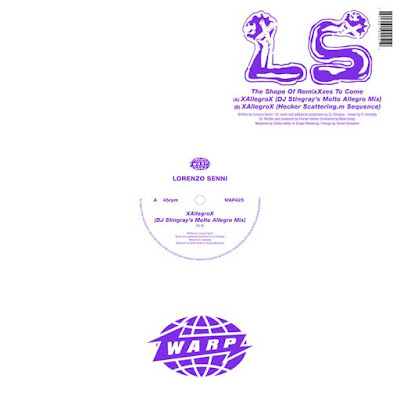 20 July 2018: XAllegroX (Hecker Scattering.m Sequence) as part of Lorenzo Senni's The Shape Of RemixXxes To Come has been published by Warp Records. Cat. No. WAP425 12" Vinyl & Download 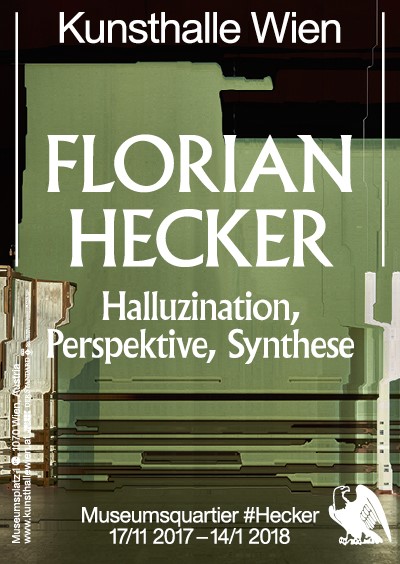 31 July 2017: A digital publication including an essay by the artist and filmmaker Luke Fowler, installation photography and full production credits is now available to download: 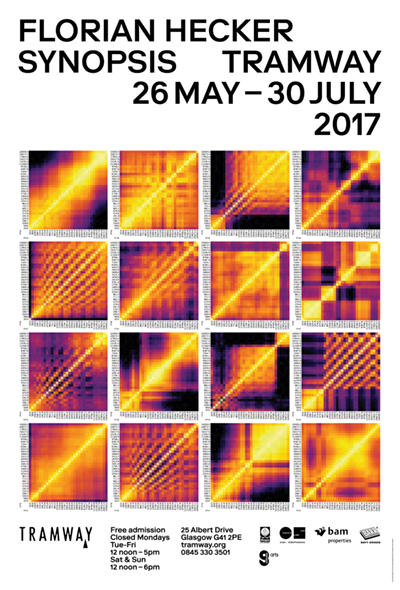 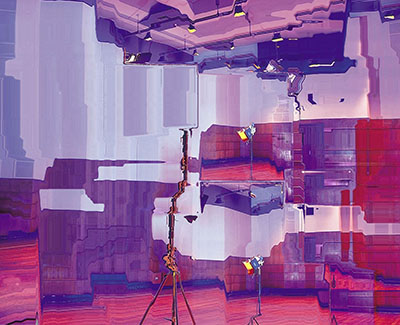 16 March 2017: A series of projections is presented, accompanied by clinical observations. Next. Replicate non-trivial traits. Next. Andquestionmark presents the new work “Inspection II” by acclaimed composer and sound experimentalist Florian Hecker. Next. Hecker’s pluriphonic composition uses computer-generated sound and a synthetic voice. Next. Mackay libretto. Next. Original sound material is algorithmically reconstructed, the specificity of the timbre explored and reprocessed. Next. If the materiality of a sound changes, is it still the same? If the cells of your body change, are you still the same? Next. The title “Inspection II” refers to the attempt to look inside introspectively, while acknowledging that by watching something, we change it. If we cannot capture anything in a definite way, what’s the minimum you need to understand? Next. Listening is a constructive act, and as listener you are part of the creation of the sonic fabric. Next. Hecker’s work is unsaturated. Starting out as a dialogical machine-machine interplay, the sound disintegrates from recognisable speech to more and more abstract sounds masking each other, concluding in noise absent of a signal. Nex… (press text)

listen to the podcast here or download here
Posted by Florian Hecker at 00:00:00

Release: A Script for Machine Synthesis 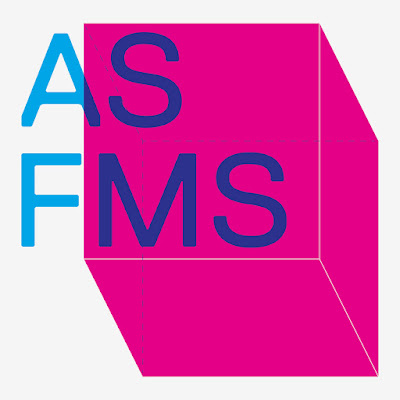 24 February 2017: Editions Mego releases A Script for Machine Synthesis - CD and digital download. "The latest work from Florian Hecker A Script for Machine Synthesis is an experimental auditory drama and a model of abstraction. A Script for Machine Synthesis presents a complex simplicity that spirals in an unending manner as an audio image of the uncanny valley. It is the third chapter in the trilogy of text-sound pieces Hecker has collaborated with the philosopher Reza Negarestani. A resynthesized voice outlines procedure as procedure itself unfolds. The suggestive encounter with a pink ice cube is a conceptual point of departure for a scene in which linguistic chimeras of descriptors are materialized through synthetic trophies, mental props and auditory objects.Hecker presents a synthesis of the gap in the valley which we almost know. The motifs Hecker has staged in the last decade, the text, the sound, the scent, the obelisk, the demon, the self, the other all appear throughout in a thorough, rigid and formal exploration.Exeunt all human actors, A Script for Machine Synthesis is an experiment in putting synthetic emptiness back into synthetic thought." (press release) 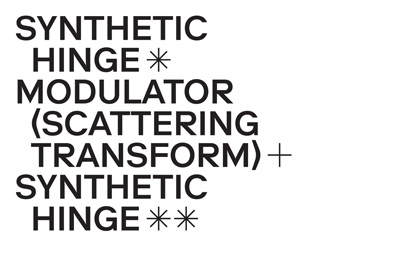