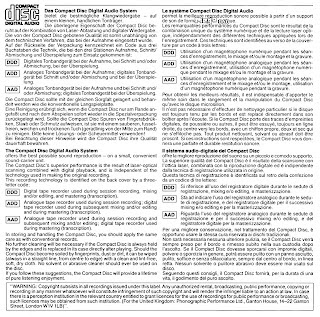 Finally, the long awaited collaboration between Yasunao Tone and Florian Hecker is ready for release on Mego.

Yasunao Tone (b. 1932, Tokyo) founded the Group Ongaku in 1960, a group devoted to creating "event music" and improvisational music. He began participating in the Fluxus movement in 1962, and has been in events and shows in numerous places. Tone also composed a great deal of experimental music for use in films, theater and dance pieces. Since coming to the United States in 1972, he has composed four scores for the Merce Cunningham Dance Company, and has given many solo concerts as well as participating in numerous Fluxus concerts. Since 1976, Tone has been designing musical compositions as a compound of cultural studies which have been ideas based on post-structuralist theories and audio visual materials compiled with ancient Oriental texts and musical sounds generated by electronic means.

Florian Hecker (b. 1975, Augsburg), has been working with computer music, independently and in collaboration with other artists such as Russell Haswell, Peter Rehberg, Marcus Schmickler, Yasunao Tone since 1996. Hecker's works emphasize the connection of most recent as well as historic developments in computer music, hard- and software. Often working closely together with software engineers and scientists, his recent productions incorporate psycho-acoustic effects disorientating the listeners spatial perception in live presentations and studio works.

This CD only release is packaged in a "grey tray" jewel case with art direction by Russell Haswell including an extensive interview with both artists by Hans Ulrich Obrist , curator at the Musèe d'Art Moderne de la Ville de Paris.